“Numbers don’t matter” quipped an analyst on a recent call I listened to. He was lamenting the increase in a company’s share price while its profit estimates were falling in the face of disruption due to the coronavirus. While I disagreed with his thesis on the specific company for other reasons, the comment struck a chord in thinking about exuberance across parts of the equity market.

I think we can all agree that news headlines throughout 2020 have not been comforting, to say the least. Over a million lives lost to the virus, associated declines in economic activity leaving millions unemployed, social unrest across the country and record wildfires on the West Coast have made the year worth forgetting. In the face of these headlines, however, segments of the market have seen gravity-defying moves.

There is little debate on a significant source of market strength. A recent quote from Marc Benioff, CEO of salesforce.com, sums it well: “we’re printing money like it’s going out of style”, referring to the flood of liquidity induced by Congress and the U.S. Federal Reserve to combat economic disruption due to the coronavirus pandemic.1 To put numbers in perspective, the Fed’s balance sheet has expanded by 67% since early March to over $7 trillion from $4.2 trillion.2 Simply put, all-time-low interest rates and record-setting money supply growth in the economy are triggering excesses that warrant attention.

Option trading in single stocks surged 70% in September over last year, continuing a streak of all-time volume records seen in 2020. This rise in higher-risk/higher-reward options trading comes alongside a notable surge in retail trading activity, enabled by easy-to-use, no-cost trading applications like Robinhood. Sales of stock by corporate insiders have surged in recent months just as corporations are raising debt at breakneck speed ($1.7 trillion year-to-date compared to $944 billion in the same period last year).3 Initial public offering (IPO) activity has shot up as well and 2020 stands a chance of becoming a record year for IPO fundraising. New issues have raked in $95 billion so far this year, surpassing the amount raised in any year since 2000, except 2014, which saw IPOs raise $96 billion. In general, pockets of over-enthusiasm are on full display.

Take the recent price movements in Apple and Tesla after their stock split announcements. Fundamentally, stock splits create no economic value. An investor holding $10,000 worth of stock (say 100 shares of a $100 stock) that is due to split 5-for-1 will ultimately own 500 shares with a new base price of $20 per share (worth $10,000). Notwithstanding, Apple saw its market value rise by 34%, or by $563 billion, to $2.2 trillion in the one month between when it announced a 4-for-1 split and its first day of trading post-split. Tesla fared even better post its split announcement, seeing an 80% increase in its market cap, or an over $200 billion gain. Was the change in market value commensurate with a change in either company’s underlying business fundamentals? The short answer was no.

Another example of exuberance is the recent IPO of Snowflake, a provider of cloud data warehousing with ground-breaking technology. The firm’s last private valuation was pegged at roughly $12.4 billion in February earlier this year.4 While marketing its IPO in early September, Snowflake initially set a price range of $75-$85 per share, ultimately pricing at $120 per share. On its first day of trading mid-September, shares traded as high as $319, settling at $253.93 at close, valuing the company at about $90 billion. To put numbers in context, the money-losing business is expected to generate revenue of $574 million in 2020. We do not contest the fact that Snowflake has an unmatched technology position and that it will grow rapidly in the coming years. But is it worth more than 155x sales at its current share price? Time will tell. Snowflake investor and best-of-breed technology provider salesforce.com trades at approximately 11x sales. The entire S&P 500 index trades at about 3x sales.

Record capital raises by Special Purpose Acquisition Companies (or SPACs) is worthy of mention too. Also known as “blank-check” companies, such entities are created for the sole purpose of acquiring operating companies, which are unidentified at the time of the SPACs formation. That is a mighty amount of trust being placed on the founders of SPACs – who include politicians and sports personalities – to find the right investments! Regardless, these vehicles have raised $40 billion in capital so far this year, more than they did in the prior five years combined. Just as remarkable is the fact that a majority of SPACs that are yet to find an acquisition are already trading at a premium, presuming future value creation. In addition, SPACs that have made acquisitions have become some of the best performing securities in recent months, like Nikola Motors, which is currently mired in controversy over fraudulent claims made by the company. Now worth about $10 billion, Nikola was valued at over $35 billion at its peak, higher than the market value of Ford or Fiat Chrysler, but with no real revenue to speak of.

To be fair, many companies seeing vigorous investor enthusiasm are actually companies with good or great businesses. But “numbers” – a foundational element of centuries of investing – don’t add up from an investment angle. History is replete with examples of the tough outcomes that eventually follow for cohorts of such stocks. As professional investors, our responsibility is to deploy our client’s savings in a prudent manner. With a multitude of risks on the horizon, we tread vigilantly and believe that numbers don’t matter until they do! 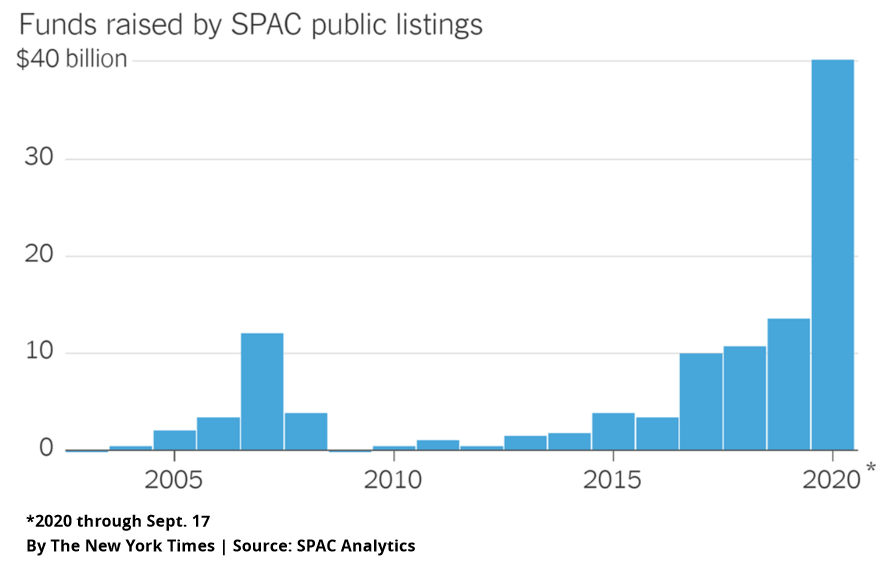 The opinions expressed represent those of the author, and is not intended to be a forecast of future events, a guarantee of future results, nor investment advice. This commentary does not provide information reasonably sufficient upon which to base an investment decision. The information discussed herein, including specific securities, is solely intended for illustration purposes and do not represent all of the securities purchased or sold in client accounts. Furthermore, this should not be considered an offer or recommendation to buy or sell any security.